When two orbital periods can be expressed as a ratio of integers it is known as an orbital resonance (similar to how a string has resonances equal to integer multiples of its fundamental frequency). The reason that there are five lobes in Venus’ geocentric orbit is that

. Coincidentally, these numbers are all part of the Fibonacci sequence, and as a result many people associate the Earth-Venus resonance with the golden ratio. (Indeed, pentagrams themselves harbor the golden ratio in spades.) However, Venus and Earth do not exhibit a true resonance, as the ratio of their orbital periods is about

off of the nice fraction

. This causes the above pattern to precess, or drift in alignment. Using the slightly more accurate fraction of orbital periods,

, we can see this precession. 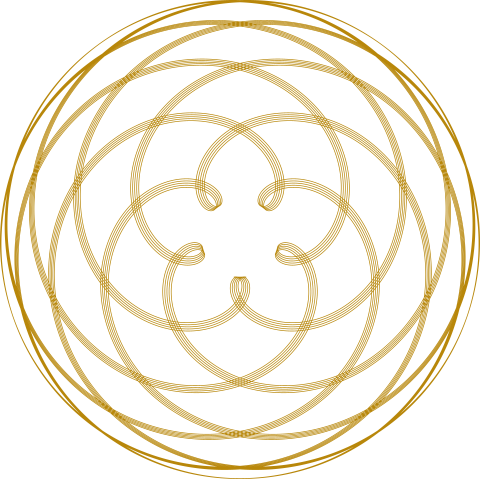 This is the precession after five cycles (40 Earth years). As you can see, the pattern slowly slides around without the curve closing itself, but the original

resonance pattern is still visible. If we assume that

is indeed the perfect relationship between Venus and Earth’s orbital periods (it’s not; it precesses

per cycle), the resulting pattern after one full cycle (1944 years) is 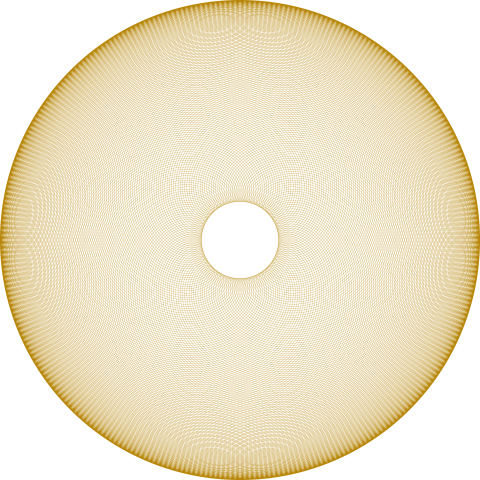 Which is beautiful. The parametric formulas I used to plot these beauties are

is time in years and

is the ratio of orbital periods (less than one).

1 thought on “Equation of the Day #4: The Pentagram of Venus”