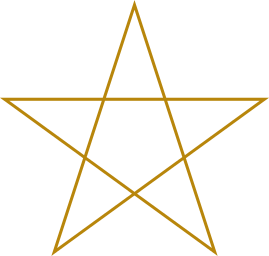 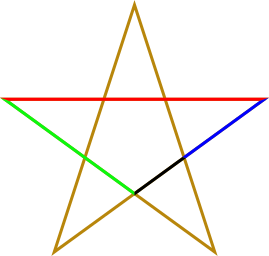 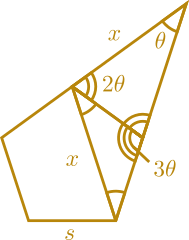 But this is just the same equation we used at the top to define the golden ratio with the replacements of a with x and b with s. Therefore, x/s is indeed the golden ratio! Huzzah! 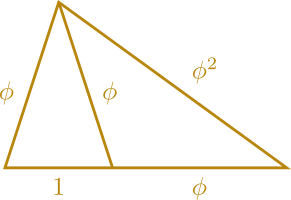 Edit (16-Feb-2021): I’ve updated the logic at the end to be purely geometric. The original algebraic argument is pasted below.

By invoking the law of sines on the two isosceles triangles in the image above, we can show that